You confirm you are aged 18 years or over, are of legal drinking age and that any purchases you make will be for personal use only. By selecting the “Remember Me” option, you consent to us using cookies to remember the validation of your year of birth. See our Privacy Policy for information on how we handle your personal information. 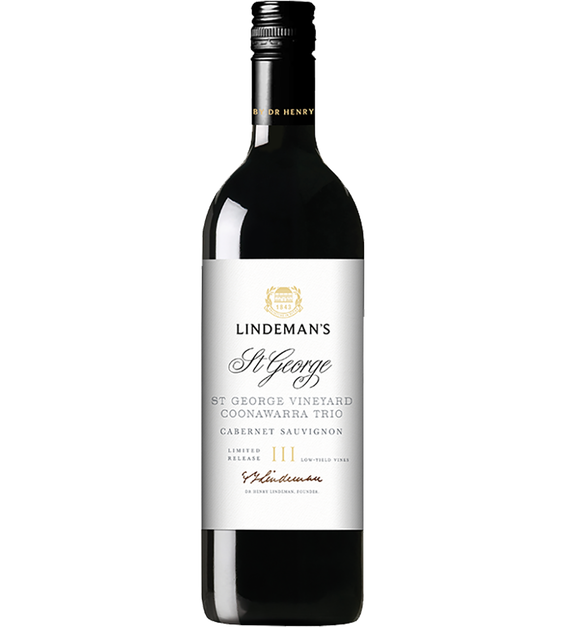 Collectively, the Coonawarra Trio comprises a group that is truly representative of one of Australia’s most prestigious Cabernet Sauvignon regions and a coveted addition to the cellars of serious wine collectors at home and abroad.

" The palate is medium bodied with fresh dark berry fruit framed by fine grained savoury tannins giving a wine of persistence and presence.

"It's a shame this wine slips through the cracks when the discussion turns to cabernet's place in Coonawarra or vice versa. This is a wine of high quality that should be put forward as a great example of the synergy between place and variety."

From a seasonal point of view, April to July 2014 provided an excellent start with average winter rainfall which set us up for an even budburst with good soil moisture.

Spring however was not typical, being very dry and one of Coonawarra’s warmest, with temperatures 2.5 degrees above average advancing flowering in November by about 2 weeks. Fortunately the warm and dry flowering promoted a fast and even berry set, similar to other excellent seasons, for example: 2001, 2004 and 2010. This warm flowering has provided even maturity at harvest with no green berries. Yields overall are on the moderate side due to lower bunch numbers.

Very dry conditions continued through December, consequently berries have remained small with thick skins. Ripening was set up perfectly with the vines receiving a refreshing drink of 90mm of rain in mid-January.

Coonawarra’s summer, in contrast to the spring, has been a classic, with warm days and cool nights, strongly influenced by the January upwelling of the deep, cold coastal waters….around 5 degrees colder than those of Adelaide. This provided a long and cool ripening, ideal for Cabernet Sauvignon. This is surprising to many who have seen the very early vintage in the rest of the state. Based on the mild summer, and consequently long ripening period, we have made elegant Shiraz and strong Cabernet. Pleasingly, we are seeing bright fruit, varietal definition and intense colour. 2015 is a strong tannin vintage which, at this early stage, will translate into wines that have excellent cellaring potential.

Create an account for speedy checkout and a Grape Bunch of deals!

Thank you for creating an account with The Grape Bunch.

Keep an eye on your inbox for some Grape deals coming your way!

Please check your email for your password reset instructions and you'll be back browsing in no time!

You will be logged-out on changing the country.
Do you wish to continue?

Your cart will be emptied on changing the country.
Do you wish to continue?